WEAVING THE FOUNDATIONS OF HERITAGE

As a young man, having been encouraged to apprentice by his father – a Merchant trader along the Silk Road during the Ottoman Empire – and through Letters of Introduction, Mehdi travelled to Iran to begin the traditional eight-year rug apprenticeship.

As a rug apprentice, Mehdi was set to learning the complex skills and expertise involved in dealing, trading, weaving, cleaning and restoring Oriental Rugs & Carpets and Antique Rugs by renowned Masters in the rug and carpet field. After studying in Iran, Mehdi's Rug Craftsman apprenticeship continued in Turkey and then in, what is known today as, Baluchstan and Turkmenistan.

Mehdi's passionate enthusiasm, success and rug expertise encouraged his three sons (including Anas's Great Uncle Kasim) and his four daughters to follow in his footsteps. All of whom became excellent Rug Specialists, Rug Dealers, and Master Rug Restorers and Rug Cleaners in their own right.

This next generation of skilled Rug Specialist men and women saw the family's Oriental Rug and Carpet legacy spread worldwide, as their families in turn, travelled and settled in the US, Denmark, Lebanon, France and the UK. Mehdi also initially taught other willing apprentices, whose later generations became the senior oriental rug dealers that you see in Damascus today.

Like his Grandfather Mehdi and his Uncle Kasim before him, Anas' father Suhil also choose to follow his passion for hand-woven rugs and carpets and complete the traditional eight-year Master Rug Craftsmen apprenticeship. He intially began his apprenticeship foundation with his Uncle Kasim at the family's Rug Gallery, with its Restoration and Cleaning workshops, before travelling on to continue his specialist rug studies under the tutorlidge of Masters of the Rug Craft across Central Asia.

As well as being a highly respected Rug and Carpet Specialist, Rug Dealer and Master Craftsman, Suhil was also the Director of the family's Ajami Rug Gallery – now officially retired, and was previously a long-standing Middle East Chamber of Business & Commerce Merchant Member. Notwithstanding, he continues to share his knowledge and years of experience in the hand-woven rug and Oriental carpet field, with those eager to learn Rug Lore, from a long established and upstanding Master of the Rug Craft. 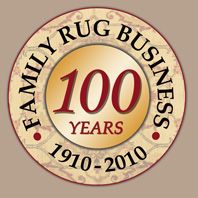 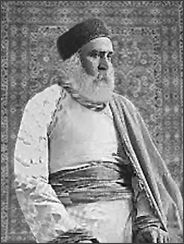 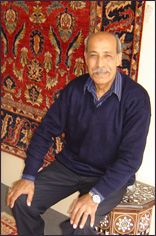